July 3, 2008/in The Spirit World /by Shamalah-Allah Scott

What are Earthbound Spirits?
Every now and again when called to communicate with a loved one who is in spirit, I come across a spirit that is earthbound. How can I tell? Well…

Many earthbound spirits are still existing on the earth dimensional plane. They are exactly the same as they were in life. The same personality, emotionalisms, and most of all, they carry the tremendous burden of all of the unresolved issues they had while living on earth. Earthbound spirits are people who have died but have not moved on to the next plane of existence. They are still living in our world, but they are in spirit form.

Is this a “bad” thing

Sometimes I think it is, and other times I don’t think it’s so bad. I guess I’m not supposed to judge it. It just is. Some examples of the following are actual cases of spirits that I have communicated with that were earthbound.

#1- A man who was an alcoholic in life and still carries the memory of wanting to drink alcohol and is still yearning for more.

#3- A brother who is afraid to move on to the light and would rather remain in the company of his family.

#4- A mother who never really understood whether God was real or not and was afraid of being punished and felt safer in the kitchen of her home and with her daughter who was still alive. 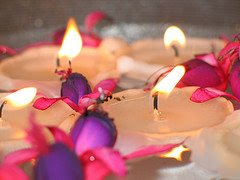 None of these circumstances are good or bad, it is simply a continuation of life. The common denominator however, is that the people that are earthbound either had many unresolved emotions that kept them here OR they chose not to move forward out of fear.

Being an earthbound spirit is similar to a person still attached to the past. It is someone not living in the present and wanting to re-live or redo the past and not willing to move forward.

Many televisions shows will show the healer or psychic say “Go to the Light!” and Viola! the spirit has moved-on to a better place. That has definitely not been my experience. A spirit chooses to go or not go. Many are very adamant about staying because it is comfortable for them and they will do whatever they feel comfortable doing, and go when they feel they are ready to.

If you feel there is an earthbound spirit around you, the best thing to do is to understand their feelings and allow the person who is earthbound to go through their process. We all know what it feels like to be stuck in the past. We all know what it feels like to be terrified of going somewhere or doing something we know might be better for us, but we were not ready to take on that challenge. Understand that earthbound spirits are going through the exact same emotions, and we need to honor that. When a person is ready to do something, usually in time they move forward, but it is in their time, not ours.

Light a candle and honor their process and allow them to go through the emotional cleansing before they are ready to move forward. Usually things happen faster without our involvement and resistance from the spirit. And the emotional cleansing that a person/spirit goes through is always a process of letting go of their earthly life. When that person/spirit has completely let go of their earthly life and they do not carry guilt, sorrow, regret or a self-punishing attitude, it is at that time they will go.

The above knowledge is only generalities, of course there are numerous other cases that are exemplary of earthbound spirits, but I gave some of the major basics.

I hope this has been educational and helpful to some of you!